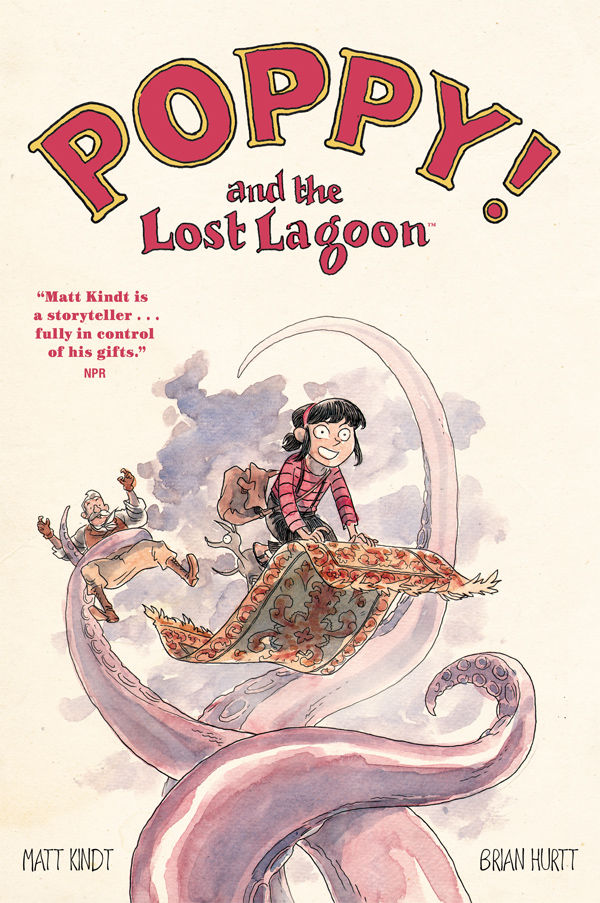 I’m really excited about this one! I’m a longtime fan of Brian Hurtt, and working with Matt Kindt on MIND MGMT and his other Dark Horse projects was among the most exciting times I’ve had in comics. Plus, I always want to see more comics out there for younger readers, so when Matt’s agent pitched Poppy! and the Lost Lagoon, it hit all my bases.

The book was fascinating to watch come together, with Matt and Brian collaborating on both the story and art, and a few big tweet sessions showed them working side by side, Brian inking and Matt painting, for a result that doesn’t look quite like either of their other work but is also distinctly both of theirs. I left Dark Horse while they were making their final push to complete the book (as Brian also somehow drew the triple-sized The Sixth Gun #50, his Oni editors and I keeping in touch to coordinate), so thanks to my awesome colleague, editor Daniel Chabon, for finishing it up so ably!

Now Multiversity Comics has named Poppy! as its Pick of the Week. Well deserved, and congrats to Matt and Brian on your beautiful work and the reception it’s receiving!

Poppy! hit comics stores yesterday and will be in book stores and digital formats in a couple weeks. It’s a joy to behold.